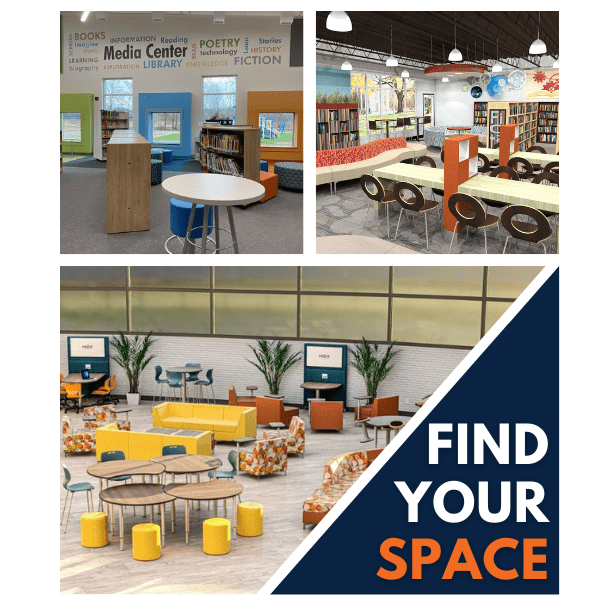 Over 50 years of dedicated experience providing a full suite of interior solutions to Educational Institutions, Non-Profits, Municipalities and Small Businesses.

We have active partnerships with the following Organizations: MSBO, MACUL, and MEMSPA.

National purchasing contracts help our customers save valuable time and money.  Through our partnerships with the top educational furniture manufacturers we have the ability to leverage NCPA, OMNIA, TIPS, Sourcewell,  CoPro+ and other pre-approved National Cooperative Agreements.

Founded in Holland, MI in 1966 by Robert DeWilde and Peter Elzinga. Robert and Peter started by building modular and portable classrooms. As they began to have success selling the modular classrooms their customers began asking them if they could furnish the classrooms.  Shortly thereafter they hired a salesforce to sell their furnished modular classrooms and expanded to sell furniture to schools.

Over 50 years of dedicated experience providing a full suite of interior solutions to Educational Institutions, Non-Profits, Municipalities and Small Businesses.

Safe, responsive, and nurturing environments are an important part of supporting the learning and development of preschoolers.

The 21st Century Classroom is designed to create a flexible learning environment that is focused on student centered learning and educational equity.

These spaces bring students and faculty together in positive, safe, inclusive environment to collaborate, learn, and create real sense of community.

Modern media centers are designed to promote collaboration, curiosity, and research. These environments need to be flexible and inviting to students and faculty.

Modern Science, Technology, Engineering, Art and Math environments must promote both experimentation and collaboration while keeping safety in mind.

Scroll through the gallery to view some of our most recent projects. 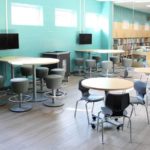 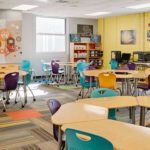 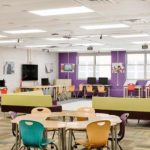 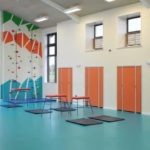 Dew-El creates optimal learning environments for students and educators across all socio-economic backgrounds throughout the United States. From our initial consultation, to design, to product selection, to installation and ongoing support we have you covered.

Talk to an expert. 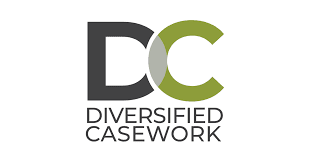 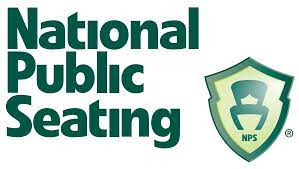 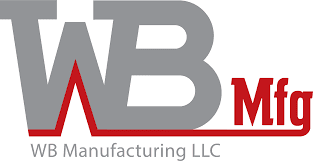 Check Out Our Work Process

Dew-El will consult and advise school administrators, teachers, cafeteria leaders, media specialists, facilities leaders and others on solutions for your unique education environment.

Dew-El works with purchasing agent's and representatives responsible for maintaining the budgets for educational institutions. We work with these individuals to make fiscally responsible decisions for their learning environments.

Dew-El works with designers and architects to present a broad range of products representing the highest quality to create forward thinking learning environments.

We Deliver Solution with the Goal of
A Trusting Relationships

We have over 50 years of experience being a trusted advisor to districts, higher education and non-profit organizations. Whatever the furniture need may be, Dew-El will provide industry leading quality and service while maintaining fiscal responsibility.

Get in touch and discover how we can help

Dew-El will help you with the furniture selection process, if you have any warranty issues he will take care of that too no questions asked, Dew-El is always there for you.

Working with he Dew-El Corporation is always a pleasure. The exception quality of their furniture always meets our highest standards and expectations and products deliver and installation, despite sometimes demanding timelines, is always dependable and above satisfaction. We value our partnership in working with Dew-El to place furniture within our district that best fits our goals and objectives and would highly recommend them for your upcoming project. 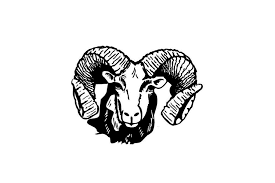 The Dew-El team combines excellently constructed durable furninture options for class rooms while offering amazing, responsive personalized customer support and guidance. The STEAM lab that was recently outfitted by Dew-El here at Flat Rock Community Schools is a testament to their superior products and a robust knowledge of what works in a 21st century classroom! 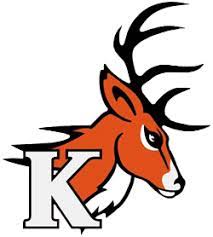 I have been dealign with Dew-El for many years on furniture for our school. From receiving quotes to placing an order, I have received excellent service from Dew-El. I Do not do business with anyone else but Dew-El. It has been a pleasure to deal with them